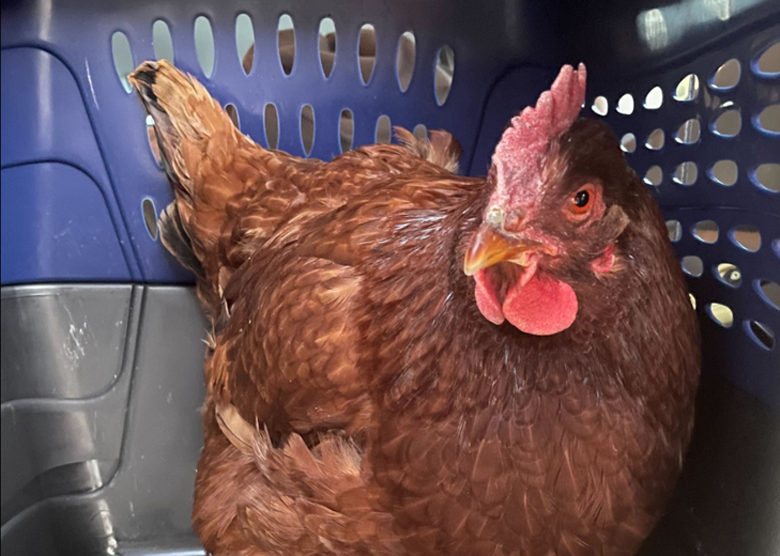 It has one of the tightest security team in United States. But on Wednesday, a short, auburn-colored suspect strutted onto the Pentagon Reservation in Arlington, Virginia, catching the police off guard.

It has one of the tightest security teams in the United States.

But on Wednesday, a short, auburn-colored suspect strutted onto the Pentagon Reservation in Arlington, Virginia, catching the police off guard. They were so surprised by the breach, they made a call for help.

“The whole thing was definitely not a normal occurrence,” said Chelsea Jones, spokesperson for the Arlington Animal Welfare League.

Yes, Pentagon Police called the welfare league for backup because the squat, clucking intruder was a hen. Jones said they were as amazed as the police. She laughed while explaining that the animal shelter doesn’t normally make chicken rescues at a high-security government building.

The league made an exception but don’t ask Jones where the rescue happened. She’s not allowed to say “for actual security reasons.”

After the rescue, Jones did her job, posting pictures on social media and creating a viral sensation by asking for possible chicken names. The winning submission was Henny Penny.

Our officers have chosen the name Henny Penny for our #pentagonchicken, and she will be going to live at a local animal sanctuary very soon! https://t.co/qQ7kfYkocM pic.twitter.com/31gugYE4tR

That stroke of social media brilliance was followed by even more exposure as “The Tonight Show” host Jimmy Fallon wrote a song for the bold bird. It began with the lyrics “Are you just a clucker or an undercover spy?” We do not expect the Pentagon to answer.

With all the attention, Henny Penny has become a superstar. She’s been in papers from the U.S. to the U.K. She’s been a late-night sensation. And now she’s on a T-shirt that’s already raised more than $1,000 for the Animal Welfare League.

“It’s great to see people supporting our little chicken and telling the story about animal welfare and rescue,” Jones said.

Henny Penny has a promising future after that Pentagon escapade. Another worker at the league is taking the chicken to her Virginia farm — where she can freely strut without breaching security.

Get breaking news and daily headlines delivered to your email inbox by signing up here.

© 2022 WTOP. All Rights Reserved. This website is not intended for users located within the European Economic Area.