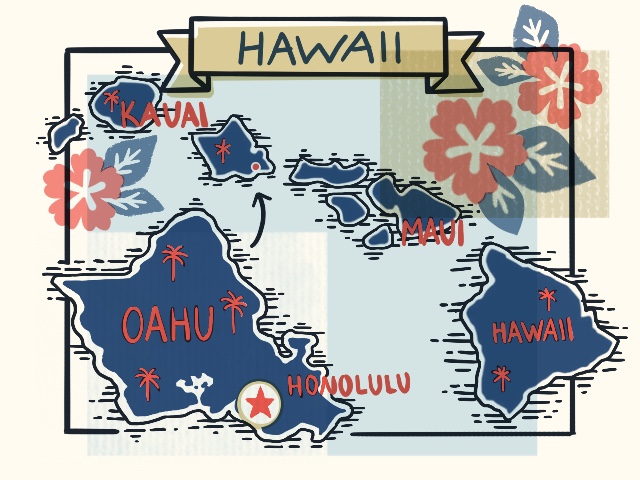 An unusual number of former and current Hawaii celebrities are running as first-time candidates for political office this year.

They are vying for a wide range of political offices from governor to Honolulu City Council.

Why so many celebrity candidates? One reason is this year is an advantageous time for all newcomers, not just household names, because many seats are open with no entrenched incumbent to challenge.

Also with voters’ trust in government at an all-time low, neophyte candidates can leverage their inexperience by portraying it as an asset — a fresh alternative to experienced politicos.

Another factor is today’s culture of celebrity has shown that famous people with zero political experience have a chance to win the highest offices, such as Donald Trump, Arnold Schwarzenegger and wrestler Jesse “The Body” Ventura.

A wider acceptance of celebrity candidates began to happen after Ronald Reagan became California governor then president of the United States.

Sometimes the behavior of entertainment and sports stars toying with the urge to be political stars looks to be more about them craving attention rather than a genuine desire to be a public servant, with actor Dwayne “The Rock” Johnson recently mentioning he might make a bid for president and Caitlyn Jenner’s failed campaign in a special election for California governor.

Most famous of the celebrity candidates in Hawaii this year is BJ Penn, an Ultimate Fighting Championship winner and UFC hall of famer. Penn is running for governor as one of 10 contenders on the Republican primary ticket.

To date, Penn seems more interested in making a spectacle of himself than seriously buckling down to do the often tedious work of campaigning for a statewide office.

He has shown his naiveté about the workings of government on Joe Rogan’s national podcast but the only critics saying nasty things about that are MMA bloggers.

And Penn’s die-hard fans don’t seem bothered either about the former fighter’s multiple arrests for drunken driving and bar fighting.

Penn has made confrontation rather than compassion central to his political brand. His campaign slogan is “Join the Fight” and his Instagram postings feature sayings like “Scrap for freedom. Just scrap.”

Penn’s in-your-face attitude was in full swing at a Board of Education meeting in May. He was there to speak out against masks for school kids. He began his testimony by asking, “Where’s Hayashi?” referring to Keith Hayashi, at the time the schools interim superintendent. Then, he pointed to Hayashi saying, “You gone, Bruddah. When I get in. You no care about the kids.” And then looking toward Board of Education members: “All you guys gone when I get in.”

Penn is the son of longtime political candidate and Hilo businesswoman Lorraine Shin, a Native Hawaiian who ran unsuccessfully for an Office of Hawaiian Affairs seat and in 2020, for state House.

As Penn’s political adviser, you have to wonder why his mother is not urging him to show up for political debates and interview opportunities, the golden chance for novices to get free publicity, and for celebrities to show what’s critically important — that they are more than just pretty faces or champion fighters.

Penn has turned down interview offers by many news organizations and refused invitations to most political forums except for Hawaii News Now’s debate scheduled Thursday.

“He is behaving like he is fragile. It is strange. He is acting like a candidate who has just put his name in the race but is not showing up,” said longtime Hawaii political analyst Neal Milner.

When writing about Hawaii’s celebrity political candidates Milner says it is important not to lump them all together.

He’s right. Reading their biographies it is clear each candidate is facing the challenge with different skills and prior work experiences.

First-time office seeker Traci Toguchi is known as a singer, fashion model, former Miss Hawaii in 1995 and for her role as a 12-year-old actress in the movie “Karate Kid Part II.” But she also has spent the last 20 years working quietly behind the scenes in a series of city and state government jobs.

Most recently Toguchi worked as a legislative analyst in the office of Carol Fukunaga whose Honolulu City Council District 6 seat Toguchi and six other candidates hope to win. Fukunaga is stepping down this year because of term limits and is running instead for state Senate.

Another celebrity running in the Council District 6 race is Nalani Jenkins, one of the founding members of the Hoku award-winning singing group Na Leo Pilimehana.

Jenkins is known to most as an entertainer but she also is a businesswoman with undergraduate and master’s degrees in business from the University of Denver and decades of work as an executive, including working as the business manager of Na Leo and as a manager for two different branches of the Bank of Hawaii and as a senior vice president for Communications Pacific as well as founding her own company B&J Marketing.

In candidate interviews, Jenkins carefully emphasizes her business skills rather than her musical prowess.

But the skills of an entertainer are also talents that can make successful politicians.

Performers are risk takers, calm under stress, excellent communicators and skilled at winning over large crowds.

“They already have talents some of Hawaii’s veteran politicians still lack. They have charisma and are quick on their feet. They’re used to getting beat up by critical audiences,” says Colin Moore, a political analyst and director of the Public Policy Center at the University of Hawaii.

Stand-up comedian and radio personality Augie Tulba, known as Augie T — now serving as a Honolulu City Council member — talked with me on Friday about how an entertainer’s talents can help a politician.

“We have a way of connecting with people. Our job is to put people into seats in a theatre. To do that, we have to work hard to be relevant,” he said.

Many celebrities who run for office are talked into it by political parties who see an entertainers’ fame as a ticket to winning more seats for the party.

But Tulba says his daughter was the one to talk him into entering the race for Council District 9.

“She said, ‘Why don’t you use your celebrity the right way to do something for the community,’” he recalled.

His daughter Mahealani Sims-Tulba has been a community advocate since she was 13 when she founded a nonprofit that’s still operating called B.R.A.V.E Hawaii, dedicated to stop school bullying.

Before he decided to run, Tulba said he had already gained political experience by working as an executive assistant to former Hawaii County Mayor Billy Kenoi and then Lt. Gov. Shan Tsutsui.

But Tulba said a gift with words is not enough to win an election. “At the beginning of each day and all the way until the end, you have to go out and look people in the eye and give them a good reason to vote for you.”

He estimates he made door-to-door contact with almost 40,000 homes in the council district that stretches from Waikele to Mililani and parts of Ewa.

Tulba said when he was canvassing in Mililani he expected to be met with suspicion if not hostility when a big haole man came rushing out of one of the first houses he visited. “Right away before I could speak, the man said, ‘I’m voting for you.’ I asked why. He said, ‘Because I watched you and trusted you for 20 years as a performer and I don’t want to break that trust now.’ I was astounded.”

Another trait Tulba shares with all the celebrity candidates is he is competitive.

In a Honolulu Star-Advertiser questionnaire, when asked to describe her qualifications to represent the people of Hawaii, Soon wrote: “As a flight attendant, I was responsible for the comfort and safety of the traveling public. In the same way, I want to continue to protect and promote the safety and welfare of our residents in District 10 as well as all of the people of Hawaii.”

Soon was one of the Hawaiian Airlines employees fired during the pandemic when they refused to get Covid-19 vaccinations.

Big wave surfer Makua Rothman  — running for the Honolulu City Council District 2 seat — has shown he may be new to politics but he has the ability to raise money.

In the latest campaign spending report from Jan. 1 to June 30, Rothman reported raising $100,816 from when he started the year with no campaign donations.

Rothman is known as a fearless rider of monster waves, his most recent achievement in January 2021 when he caught a wave estimated to be 100 feet at Peahi, Maui in the surf break known as Jaws — possibly the biggest wave ever ridden in Hawaii.

In 2015, he was named the Big Wave Tour World Champion in the World Surf League’s sanctioned event.

Rothman was raised on Oahu’s North Shore, the area he hopes to represent. The council seat formerly was held by Heidi Tsuneyoshi, who stepped down to run as a Republican for governor.

Former KITV4 Island News anchorman Brenton Awa, a newcomer to politics, aims to win the GOP primary to challenge longtime Democratic incumbent Gil Riviere for a state Senate seat in District 23 that encompasses many North Shore neighborhoods. Riviere has held the seat since 2014.

Awa, a Native Hawaiian, is promoting what he calls “the Malama Mentality,” which he says is an effort to stop the greed on Oahu to make the island livable and affordable again for local residents.

It is unclear whether any of the celebrity candidates will prevail in the Aug. 13 primary elections but all of them have to be credited for their bravery for breaking out of their comfort zones and for sparking voter interest in their races.

Sign up for our FREE morning newsletter and face each day more informed.