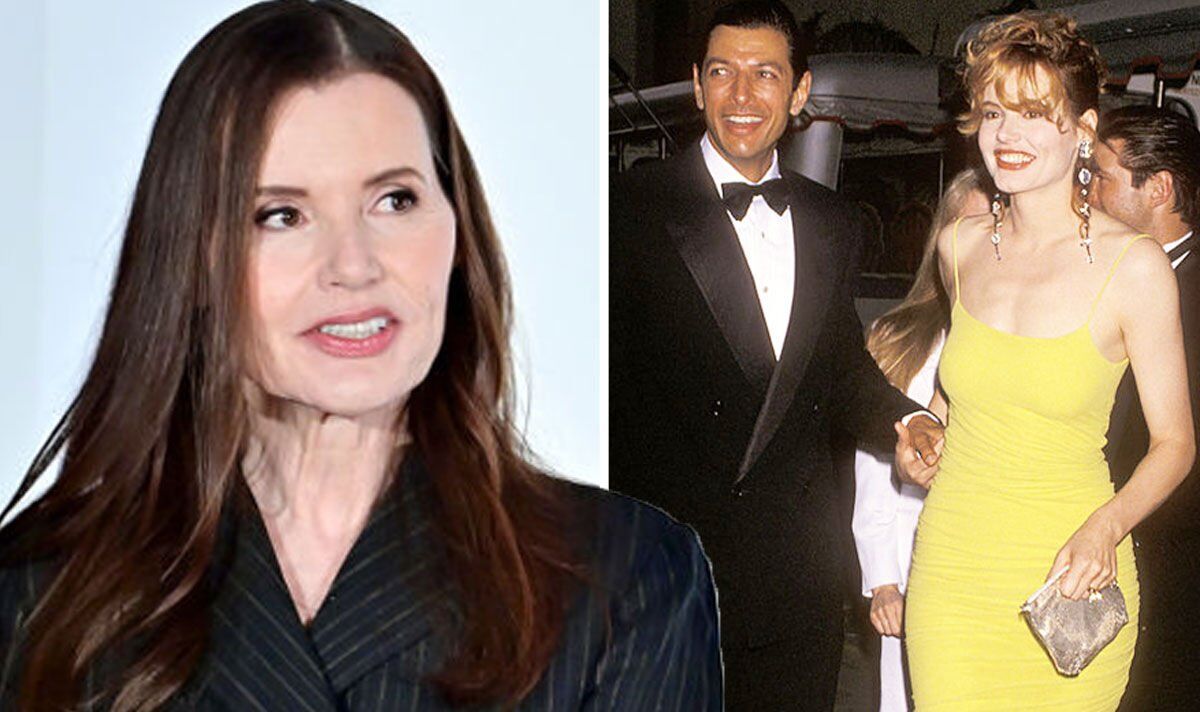 Geena Davis was previously married to Jurassic Park actor Jeff Goldblum after the couple met on the set of their horror film Transylvania 6-500 in 1985. The Hollywood couple went on to tie the knot in 1987 but after four years of marriage, the couple called it quits.

The Hollywood actor previously said it was love at first sight for them and they had a Las Vegas wedding ceremony.

But their union did not last long and they parted ways after the actress filed for divorce in October 1990, citing “irreconcilable differences”.

Addressing their marriage one year later, Geena told People that the couple “certainly had high hopes” and “every good intention” regarding their marriage, adding that it was “upsetting” it could not work out between them.

At the time, she did not reveal why they split — but in a previous interview, Jeff said he was not keen on starting a family.

He said: “Geena made love, falling in love, so easy. She’s purely loving, beguiling – irresistible. Steps would be taken gradually sometimes, and sometimes it swept along.

“And, of course, I’m wildly attracted to her. Wildly attracted. We’d talk about marriage, bring up the idea more and more often over a period of months.

“We could, we should, wouldn’t it be romantic? We would act out small scenes of life together: ‘Hi, honey, you got some mail today.’ It was very sexy.”

Geena also seemingly implied that things were not always easy when she compared her relationship with Jeff to an episode of the Dick Van Dyke Show, in which Laura admits her marriage to Rob is not perfect, nor do they “just laugh all day long” and have fun together all the time.

Jeff has been happily married to his wife Emilie Livingston, 39, since 2015 and they raise two sons together.

And the actor spoke candidly about his marriage and admitted he had “never been particularly passionate” about fatherhood before having Charlie Ocean, six, and River Joe, four, in an interview with Radio Times.

Of becoming a dad, the actor, explained: “I never thought that I was going to do it. I had never been particularly passionate [about fatherhood] or envisioned it for myself – I don’t have any nieces or nephews, had never seen a birth before.

Jeremy Irons: ‘My wife makes me almost as happy as my pets!’ | Celebrity News | Showbiz & TV