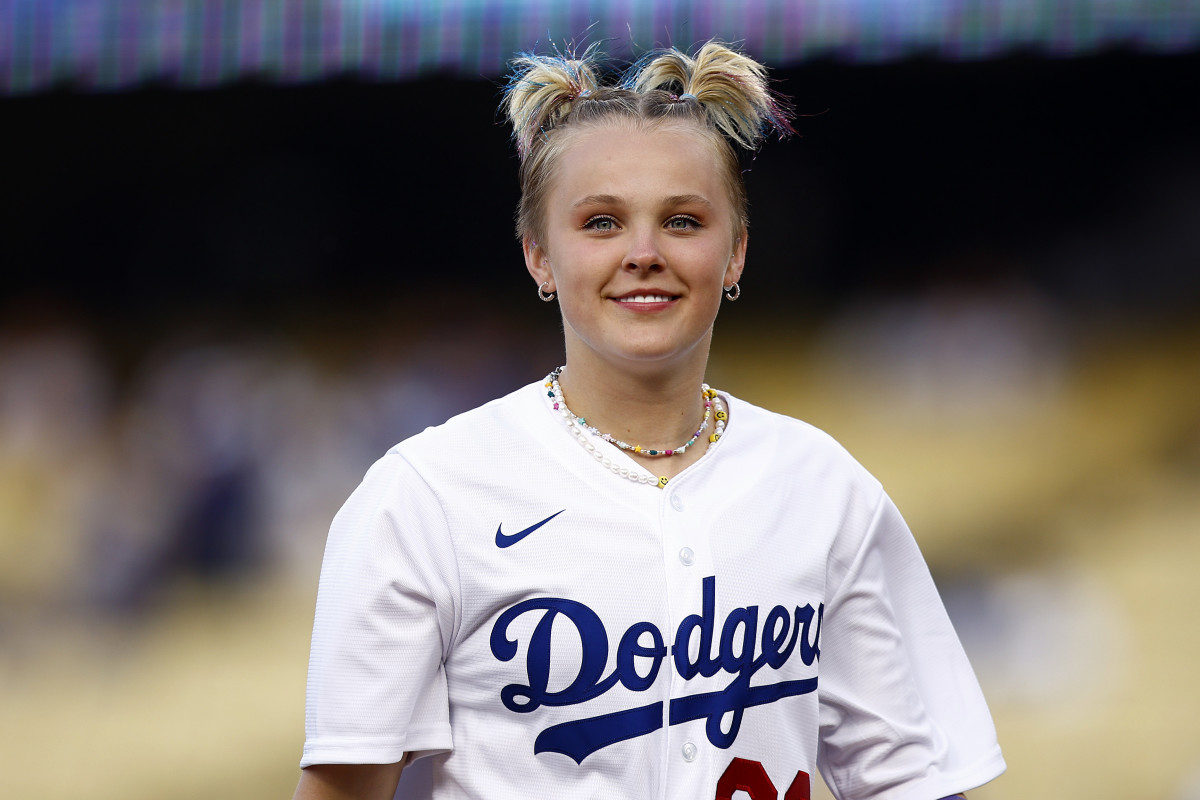 Jojo Siwa is spilling some tea on her TikTok page!

The former Dance Moms star is taking part in a new TikTok trend that involves answering personal questions. Users write out sentences like “someone I find pretty” or “the nicest person I know,” and then flash a quick picture of the person on their phone before viewers can even catch a glimpse.

In Siwa’s case, the categories included a handful of categories about celebrities, including the “rudest celebrity” she’s ever met.

As she quickly turned her phone back, eagle-eye viewers paused and noticed the photo was of Full House star Candace Cameron Bure.

While Siwa doesn’t offer up any context in the TikTok, the “D.R.E.A.M” singer previously attended Fuller House premiere in 2016, so it’s possible that’s where the interaction happened.

As for the coolest celebrity she’s ever met, Siwa threw up a picture of Miley Cyrus. She also revealed her celebrity crush is Zendaya.

Bure wasn’t the only person Siwa called out during the TikTok trend as she also threw some shade at Nickelodeon star Spongebob Squarepants as an answer to “celebrity that did me dirty.”

It’s possible the shade stems from the ongoing drama between the star and the network, including Nickelodeon banning Siwa from performing her own songs on tour in September 2021.

Related: Talk About a Full House! Get to Know Candace Cameron Bure’s 3 Children and Her NHL Star Husband

Siwa previously tweeted: “I go out on tour in January, my movie musical was just released (with 6 new original songs) … Nickelodeon told me today that I’m not allowed to perform/add any of the songs from the film into my show. These are MY songs, MY voice, MY writing. Does this seem fair???”

“There is no reason that this music should not be included. Working for a company as a real human being treated as only a brand is fun until it’s not. … I want my concert to be the BEST it can possibly be, and I want to perform the songs that YOU have been waiting to hear for 2 years. Having the music from my movie in my show is important to me, I wish it was important to Nickelodeon. Remember I’m a human, not just a brand,” she continued.

In April 2022, Siwa claimed the network didn’t invite her to the 2022 Nickelodeon Kids’ Choice Awards even thought she was nominated for an award.

Nickelodeon later told Variety that Siwa’s missing invite “was an honest mistake.” They stated that the error occurred “because of a much-reduced audience size due to COVID protocols.”

Regardless of the drama between the network and Siwa, the dancer recently opened up to The Today Show, confirming that “everything is okay” them.

She explained: “It’s hard when somebody does not nice things and doesn’t treat you the way that you deserve and the way that a human should be treated. However, everything is okay.”

“Things come up. Things go down. Right now, I’m okay, they’re okay. We’re working. We’re good. Nobody wants to be mad, continue to fight, to be sad. Everyone wants to get along and that’s kind of the policy that I live by and that I choose to live by,” she said.

Next, check out Jojo Siwa making Dancing With the Stars History as the first member of the LGBTQ community to dance with a same-sex partner.