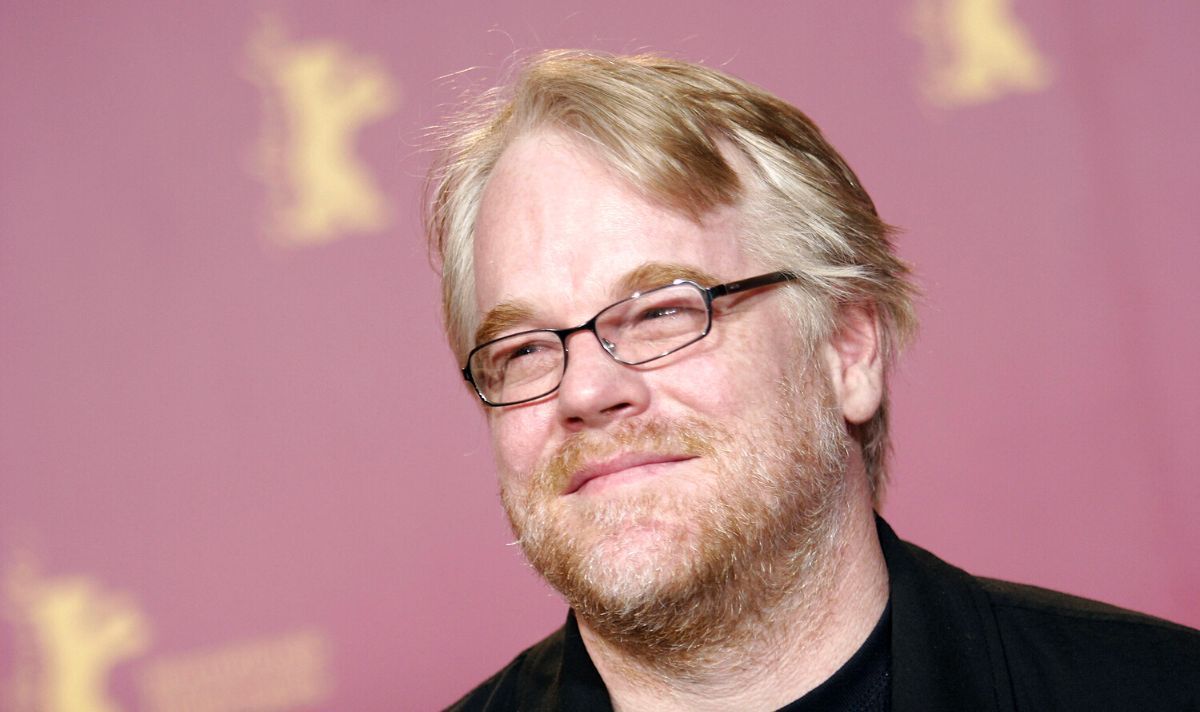 Philip Seymour Hoffman’s portrayal of Truman Capote in the 2006 film Capote received critical acclaim, with the actor sweeping up numerous awards including an Academy Award for Best Actor, Golden Globe, and BAFTA. While known on-screen, he was famously guarded about his private life, but two weeks prior to winning his Oscar, Hoffman spoke to American journalist Steve Kroft about his battle with addiction.

Both his career and his sobriety were the simultaneous “focus” of his life as he became addicted to “anything he could get his hands on”.

His sobriety began in the two years prior to his career launching in 1991, when he appeared in a Law & Order episode.

When asked if it was drugs, alcohol, or both, laughing, the star replied: “It was all that stuff. It was anything I could get my hands on. I liked it all.”

The actor — best-known for his distinctive portrayal of bullish Freddie Miles alongside Matt Damon in The Talented Mr Ripley — drank heavily and experimented with heroin in his early 20s.

Hoffman, described as “ambitious and admired”, continued: “You get panicked. I was 22 and I panicked for my life, it really was, it was just that.”

In the 23 years that followed, Hoffman’s career took off both on stage and on-screen, starring in The Big Lebowski, Magnolia, and The Hunger Games.

Hoffman also adored the theatre and himself received Tony nominations for his performance in Death of a Salesman in 2012.

After meeting director and producer Mimi O’Donnell in 1999, she and Hoffman made it official in 2001 and welcomed their first child two years later.

From the onset of their relationship, Hoffman — whom she called “Phil” — was open and honest with Ms O’Donnell about his past.

In an interview with Vogue in 2017, four years after his death, she said: “From the beginning, Phil was very frank about his addictions.

“He told me about his period of heavy drinking and experimenting with heroin in his early 20s, and his first rehab at 22. He was in therapy and AA, and most of his friends were in the program.

“Being sober and a recovering addict was, along with acting and directing, very much the focus of his life. But he was aware that just because he was clean didn’t mean the addiction had gone away.”

Slowly, the actor began drinking again before his problems escalated with the consumption of prescription opioids and later heroin.

He entered himself into rehab but to no avail, and on February 2, 2014, was found dead in his New York office bathroom aged just 46.

A cocktail of heroin, cocaine, benzodiazepines, and amphetamines were all found in his system with his cause of death being “acute mixed drug intoxication”.

Hoffman’s death is regarded as a tragic loss to the industry and the American Playwriting Foundation was established in his memory.

He is survived by Ms O’Donnell and their three children.