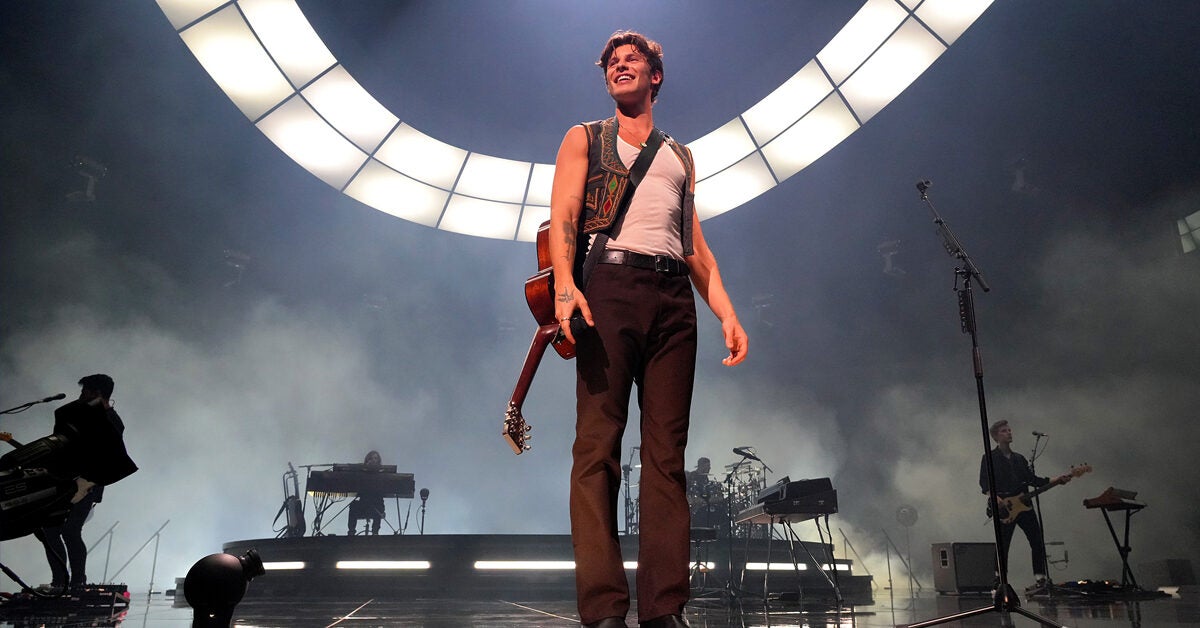 And according to the Anxiety & Depression Association of America, anxiety affects 40 million people in the U.S.

Recently, celebrities have been speaking out about their own struggles with anxiety and depression, which experts say may help to create a safer space for people afraid to disclose their own mental health issues.

Most recently, Shawn Mendes, singer of the hit song “Stitches,” announced he would be taking a break from performing to focus on his mental health. In an Instagram message, he announced that he would be postponing three weeks of shows and that touring has finally led him to “hit a breaking point.”

He is not the first celebrity to speak out about struggling with mental health. Olympic gold medalist Simone Biles missed a week of the Tokyo Games while battling her mental health concerns. She is now a mental health advocate.

According to the , mental health is our emotional, psychological, and social well-being. It affects how we feel and act and also contributes to how we handle stress and function in daily life.

“Mental health stigmatization results from lack of awareness, information, and education. Without an understanding of the signs and symptoms of mental health concerns, as well as an understanding of why or how mental health suffers, stigmatization pushes people into hiding that something is wrong and exacerbates suffering,” said Allison Forti, PhD, Associate Teaching Professor and Associate Director of the Department of Counseling Online at Wake Forest University in Winston-Salem, North Carolina.

Experts say that when people in the spotlight are being honest about mental health struggles, it can help fuel progress in breaking down stigma.

“When a celebrity draws attention to their personal struggles with mental health, they spread awareness by providing an example of what mental health challenges psychologically, cognitively, and behaviorally look like,” said Forti. “They also inspire the courage it takes to disclose their challenges and model the benefits of transparency — namely, they don’t have to be alone in their suffering, help is available, and pathways exist toward feeling better.”

Forti pointed out that while there are political and social stressors, many people may have personal circumstances that can take a toll on mental health.

“The causes of mental health issues are multifactorial, due to both genetic inheritance and environmental circumstances,” Forti said. “Stressful life conditions such as divorce, financial hardships, loss of a loved one, traumatic experiences, chronic illness, adverse childhood events, and lack of social support contribute to mental health issues. Sometimes people are born with inherited risk and a stressful life circumstance activates the genetic predisposition. Other times people are born with brain chemistry that elevates their risk.”

From the lingering pandemic to inflation, the war in Ukraine, and the climate crisis, people have been hit with wave after crashing wave of what often feels like impending doom. The American Psychological Association found these crises have contributed to more people feeling anxiety and depression.

But every generation has also had its fair share of anxiety-triggering stressors, from events like the Great Depression to World War II, the war in Vietnam, and the AIDS epidemic.

Experts say younger generations have now grown up with the notion that mental health is a part of all health and are pushing to fight stigma.

“What I am really encouraged by is the younger generation’s viewpoint that they want to be proud of the work they do. If they can’t be at the top of their game, including mental issues, then they aren’t going to be able to produce work that they’re proud of,” said Ken Yeager, PhD, Clinical Director, Stress, Trauma and Resilience (STAR) Program at The Ohio State University Wexner Medical Center. “That’s a shift in American perspective in having to be more productive rather than producing quality work. We’ve got an opportunity in time, certainly with the pandemic, that people are recognizing that mental health is a big portion of physical health.”

Society is shifting, though, and a lot of that is because more people are talking about it, which can normalize the conversation about mental health.

“In the oldest generation, you had the term, ‘fit to be tied.’ It relates back to when we put people in straitjackets and the strings at the end of the arms were tied behind the person’s back,” Yeager said. “If you admitted to being mentally ill, you were placed in an asylum. Naturally, people didn’t talk about that.”

No matter who you are, you will be exposed to stress and trauma. And while your environment and genetics can factor into how well your mind can process stress and trauma, mental health affects us all.

“Mental illness is tied to all parts of society,” said Yeager. “That is inescapable. We have to understand that as our society evolves, and as we deal with these challenges that are naturally going to continue because they always have, there has to be a focus on mental wellness because it leads to overall quality of life. What we’re talking about here is the importance of quality of life.”