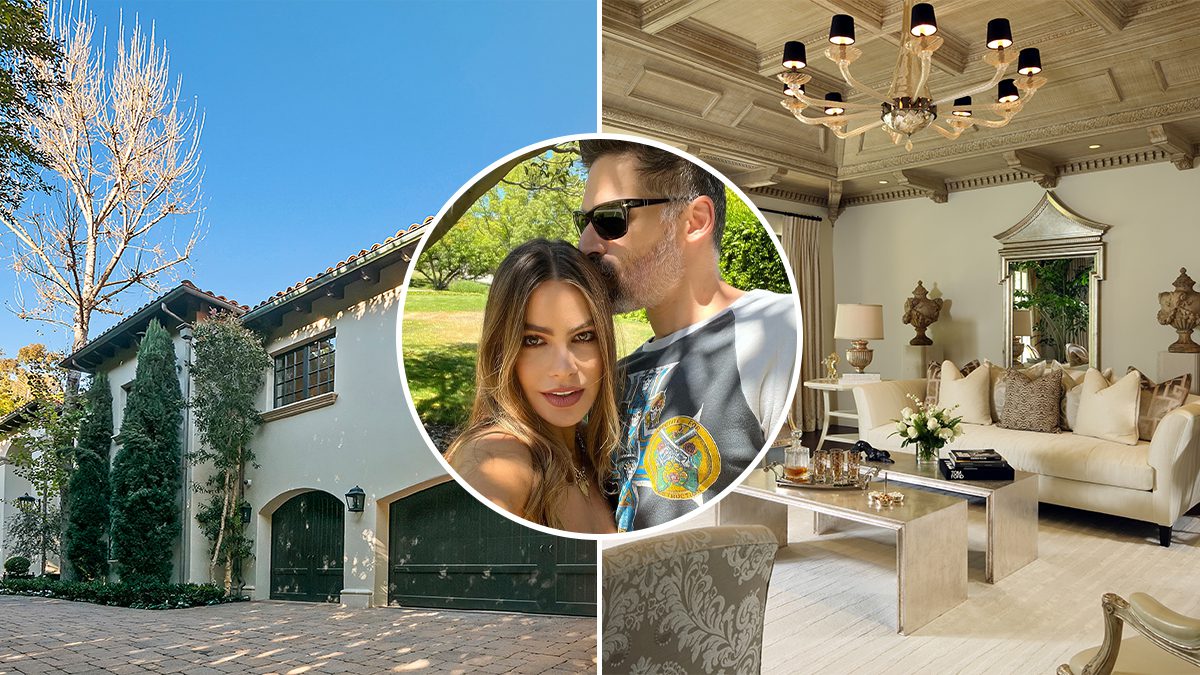 Sofia Vergara and Joe Manganiello are ready to let go of one of their Beverly Hills, CA, homes.

The celebrity couple listed the swanky estate with Barry Peele of Sotheby’s International Realty for $19.6 million.

While it is drop-dead gorgeous, it’s just one of their incredible homes.

Before she married Manganiello in 2014, Vergara picked up this deluxe domicile for $10.6 million. It’s gone through some upscale updates over the past eight years, and the sitcom star stands to make a significant profit from her longtime investment.

There are seven bedrooms, 11 baths, and a range of high-end amenities, including a wine room, home theater, and gym.

Updates include a new chef’s kitchen.

The gated half-acre lot boasts professional landscaping, along with a pool, spa, and barbecue.

In 2020, the couple scooped up a massive mansion in the nearby Beverly Park area for $26 million.

As their renovation of this mansion nears completion, according to TMZ, Vergara and Manganiello are ready to let go of their other mansion.

Even prior to the renovations, the Beverly Park property was mighty impressive.

Perks in the main house include a primary suite with dual baths and closets, a 12-seat home theater, gym, and four-car garage.

Vergara was the highest-paid actress in TV in 2020. In addition to appearances in movies such as “Hot Pursuit” and “New Year’s Eve,” the funny lady is also a judge on “America’s Got Talent.”

Manganiello has starred in TV’s “True Blood” and “How I Met Your Mother.” His film roles include parts in “Magic Mike” and “Justice League.”